The Alchemistry of Republic Indonesia Constitution and Law Enforcement

In life man knows about kindness, solidarity, respect, unity in diversity, modesty, passion and also dignity. These are value that drives mankind live their days, life and journey. We use to call these value a commitment, agreement and trustworthyness between peoples on their social life. These value are existed at the present.

On history people with these value such as prophets, scientists and also leaders meets its own challenges when their try to drives its values, becomes a religion, science and social conduct among people. We learn about these values within ourselves as a faith and believe. Use these values on our daily lives and as a result is a meaningful life.

In ordinary day life, prophet such as prophet Muhammad Shallallahu Alaihi Wassalam face his challenge with such of glorified journey in life. In history, he face his challenges in heaven and earth, his journey to deliver messages of The Most Gracious Allah Subhanallah Wa Ta’ala is describe on such devine happenings and moments, wars, isra’ mi’raj, lailatul qadr and his social life (marriage, trades and contemplation). His journey becomes a guidance for his descendants, written in Al Qur’an and Al Hadist, comply as a Fiqh, Islam Law. For peoples with high gratitude for his value felt deeply attach emotionally and transcendent with him for centuries after his presence. And prophet Muhammad Shallallahu Alaihi Wassalam was recognize as a greatest man ever alive in this world.

In science history, people knows copernicus, isaac newton and ibn sina. These scientist is an avantgarde on enlightment of knowledge. On history they face challenges with their lives, flesh and blood. They put their lives at stake and take risks simply for the truth behind fact on lives. Their knowledge become value of our day life, recognize as laws of nature. They were gathers fact and their journal of fact becomes a knowledge of science.

We also recognize leaders such as Mohandas Gandhi, Abraham Lincoln, Soekarno, Nelson Mandela and Mao Tse Tung. Their tremendous heritage for lives is put a Fundamental Social Conduct to the world on humanity causes, their values on justice. Beyond any doubts what have they done to the world is magnified on our lives today. We might still slaves to landlords without their presence, we might have to eat rotten fish today without their struggle on humanity.

Nowadays ordinary people like us try to lives simply to magnified these values that build for centuries of struggle and fight, with these values common people like us, try to make a better world to live. These values have meets its threats and its challenges, a tyrant.

When Values Find Its Process on Believes to Humanity as a Law Meets Its Balance on Justice.

In life people are a witnesses and a subject also within ourselves an object of values, people use to live these values on daily lives, on conversation, on table manner, on daily work, on our travel to several direction, its called social lives. As an individual we meet with groups, community, region, nation, country, cultural diversity and also a certain kind of a unique habitually individual or community with certain of fundamentally cultural values.

In state or country, these values build on the same purposes as a nation which have a common desires to live in equal as a common people. Define on territory, peoples who lives on certain territory, international recognition and an administrator of state called government. These values is build on treaty of its founding fathers of a motherland, based on social and cultural agreement which runs equally with desires to comply justice in social consciousness, justice in economic consciousness, also justice on political consciousness. These main principles to find social justice which literally comply on clauses of law, its precision define on wisdom of humanity consciousness its called musyawarah to assamble mufakat, a substantial mutual believes on humanity to comply social justice. In common circumstances these process calls silahturrahim, in specific circumstances calls paripurna, comprehensive assamble to acknowledge justice within peoples common sense and wisdom of making decision.

Hundred of years Nusantara is under colonialism and imprealism domination. In history people of Nusantara were slaved by western colonialism and imprealism grasp. Since 17th century until 17th August 1945, Nusantara were drowned on false treaty to a chartere company named Vereenigde Oost-Indische Compagnie (Dutch East India Company) and Japan Imperial. On those years people of Nusantara are suffering a massive torture physically, economically and culturally for a domination of commodity and raw material on merchantilesm in trading market. In time of colonialism there is a struggle to fight colonials material exploitation and massive cultural genoside, such as culture stelsel by the dutch and slavery (romusha) by the japanese imperial on Nusantara region. To sustain a stable circumstances, the colonialist made rules that drives people who fighting for their rights under control and becomes a law at the presents. These law were substantially devided people of Nusantara as a Dutch East Indies class, a native lord class and a native class. These classification on social environmental structure is directly written on Nusantara Law and treaty among these class is differs one to another define by their social environmental structure (devide et empera). Rules engagement approach between these social environmental structure are strictly different based on their social class. These engineered social class is comply with rules by law. Rules by law is when a social conduct value of Justice is define and comply by the administrator of the state (government) based vested interest among social environmental structure.

On above circumstances, in 28th October 1928, a group of Nusantara students from all over the region of Nusantara gathers in Jakarta. This gathers called the first youth generation congress, in such of devastating moments of their lives they come to a conclusion that Nusantara Independence must be fought by the people of Nusantara. Massive revolutionary deconstruction process of social environment structure must be comply. These youth generation of students declares a vow, Sumpah Pemuda, one nation, one motherland, one language, Indonesia. These declaration are recognize as the beginning of a nation-state, Republic of Indonesia.

Indonesian constitution has several changes in 1945 until 1965. In time of transition there were many turbulances on the build up of the state, as a new country, Indonesia try to assamble a nation wills to become a nation-state. There were so many political turbulance and economic turbulance and also social enviromental turbulance on this period but without question, with Indonesian founding fathers leadership, blood were spell on the battle for freedom is worth to be fighting for.

Rules of Law Systematically Intercepting Common Enemy of Administrator of The State Which Deceived by The Ruler who Comply Rules by Law (State Organize Crime).

In several cases we might have seen government manage to use the law to comply their purposes. These cases are happen when law used by The Ruler to engage a vested interest among the administrator of the state. These habitually social conduct probably necessary to do, but when it comes to nation interest, it calls a power abuse and absolute power tends to corrupt absolutely.

The law mechanism have been used for the ruler vested interest for decades (1965-1998, New Order Regime), leads by President Soeharto. A repressive leadership by military component were happen on his regime, a massive maneuvere to repressed many activist such as political activist, labour activist, religion activist, human rights activist and student activist. There was 32 years of The Order Regime managed to obtain optimum state contravention on constitution, used law as a justification for their decision.

A Communist Indonesia Party dispersed with TAP MPR XXV/1966 were managed to put a side every single opposition to the government, a situation or phenomena which if a person, a group or community were up againts the government, you were put in jail, kill or kidnap with this clause, whether you were not communist. People were under pressure by their own government, people can not speak, think or do freedomly on these regime. People were colonize by their own government.

On above circumstances they were many struggle againts the government, student activist were managed to gathers in 1992 kaliurang, jogjakarta. The gathers were managed a conclusion, a student vow, Sumpah Mahasiswa, One Motherland Without, Repression, One nation Devoted To Justice, One Language To The Truth. This gathers were a trigger to struggle againts the regime and become a student movement. In May 1998 student were managed to occupy The House of The Representative (MPR/DPR) and were asking for President Soeharto to deteriorate his presidency, leads by Sarbini from Student Senate Forum (FKSMJ) and Adian Napitupulu from Student Forum (Forum Kota). Since then there were ups and downs on political turbulance but people were very enlighted by what’s going on in Republic Indonesia and finally they know the truth about what’s happen in this country.

Nowadays (2004-2014) hidden agenda on political elite maneuver were used law clauses to justified their vested interest. There were several cases in Indonesia which rules by law were apply in this country, such as Century Bank Liquidation Guarantee Corruption case, Hambalang Sports Facility Project Corruption case and also Lapindo Mud Disaster case were not put in court yet. We were witnessing how The Ruler used these cases as political bargain between political party vested interest. In other hand we were also witnessing how fast a hungry granny put in jail for stealing cocoa in company facility. These paradox of vested interest conjunction between political elite which used law as their justification were meet its contradiction on civilian effort to seek justice in law. These are why people were so angry to the administrator of state (Government), when comes to the political elite cases, presumption for unguilty principle were comply but when comes to the civilian, presumption for guilty principle were comply.

This site uses Akismet to reduce spam. Learn how your comment data is processed. 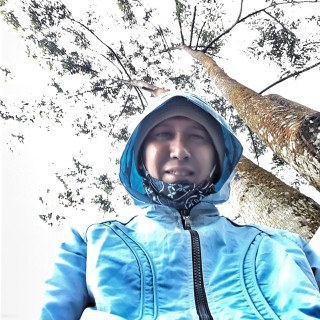